The US has levelled the charge that the Russian government has hacked into the headquarters of the Democrat Party in the USA. They say the Russian goal was to steal political campaign data and give it to presidential candidate Donald Trump to help him against Hillary Clinton.

The assertion is that Russia wanted to help the campaign of Donald Trump. This might be because Donald Trump and Russian president Putin have both said flattering things about each other. Or it might be because the Russians have calculated that Trump is who they want as the American president for reasons having to do with global politics. Whatever their goal, this action certainly has worked in Trump’s favor.

Whoever stole the emails gave them to WikiLeaks where they are now online where anyone can search them. WikiLeaks founder Julian Assange said that Russia was not involved. Obviously it would have been Assange who would have negotiated handing this data over from whoever took it. So he should know or perhaps could know.

The Americans have offered no proof that it was Russia nor have they publish the technical details of what happened. But the American government does not usually reveal such data anyway, as hacker victims in the private sector might. Yet security analysts in the private sector, who have presumably inspected these machines, have said it was in fact Russia.

Hillary Clinton’s competition in the Democratic primary was Vermont Senator Bernie Sanders. Throughout his campaign he always maintained that the Democrat Party was not supporting his candidacy and was in fact working against it. He said that Hillary Clinton, as wife of former president Bill Clinton, had been anointed by the Democrat Party like some kind of king with hereditary rights. Such an allegation is a serious one as it would represent an effort to circumvent the will of the people and democracy itself. The race between Sanders and Clinton was a close one, measured in certain ways, but not so close, say others. 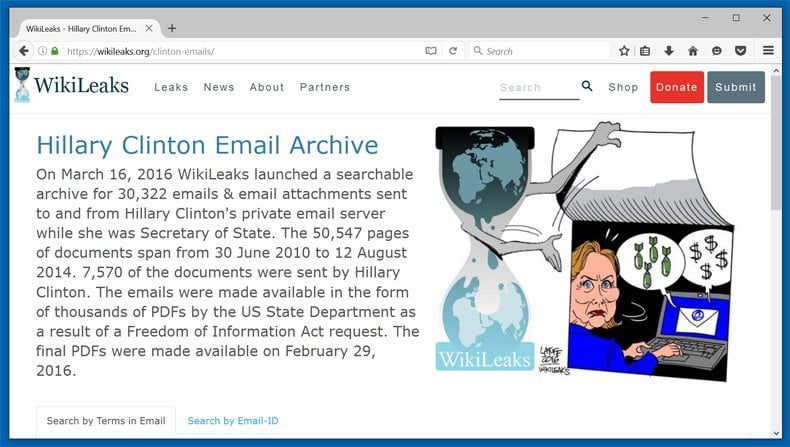 These emails reveal that is exactly what the Democrat Party did. The Chairman of the Democrat Party Debbie Wasserman Schultz wrote in one email that “Sanders will never be president.” Such was the uproar that Chairman Schultz was forced to step down just minutes before she was to address the party’s convention. She told the media she resigned. But she only quit after the got a phone call from Democrat President Obama thanking her for her service.

The Democratic Party however is not part of the government. But meddling in the American political process is tantamount to a hostile foreign act, some would say. To add to the surreal nature of all of this, Republican candidate Trump Donald, in an act that a few critics said was treason, said that since Russia stole those emails perhaps they might find the 30,000 emails that Hillary Clinton deleted.

What Trump is referring to are emails that Senator Clinton manually deleted from her private email server. She wanted to keep those away from investigators and said there were private business, like discussing her daughter’s birthday, and not related to government. Those mails came from a server she had set up in her own house to receive emails from the Department of State when she served as Secretary of State.

Doing that is strictly forbidden in the USA because of the risk of leaking classified data. The American FBI has condemned the former Secretary of State for being reckless. However they did not file any criminal charges against her. Yet many people who are not running for president, and do not have such a high profile, have been jailed and lost their jobs for mishandling classified information like that and in far less egregious ways. 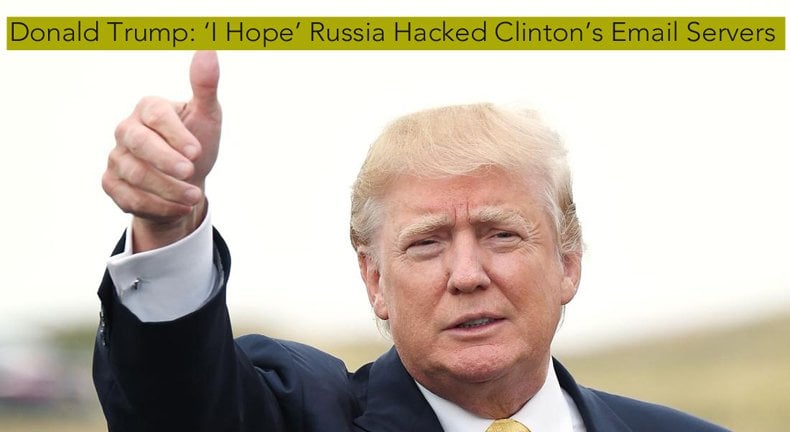 Her critics have said that some foreign government probably hacked that email server although there is no proof. But this hacking event suggests that could be true. Hillary Clinton said that no classified secrets were on those machines anyway. But investigators have that she lied. There were emails there between Clinton and other governments and diplomats that were marked with the highest level of classification. That means hackers have no doubt stolen military and diplomatic secrets from America’s top diplomat.

Russians have also hacked the computers used by Hillary Clinton in her political campaign. In twisted language that reminds Americans of the twisted language used by Bill Clinton when he was president, Hillary’s campaign has said that while “a program used to do analytics” was breached “internal systems remain secure.” Obviously both statements cannot be true.

All of this has left the USA wondering whether to retaliate against the Russians. When North Korea attacked the SONY TV producers and movie studios, the USA let loose their hackers and knocked part of the North Korean power grid offline. But doing that kind of thing can result in a tit-for-tat escalation that could escalate what is simply an embarrassment for President Obama’s political party into some kind of  low scale cyberware.