Wikileaks still has not published all of the source code of the CIA zero-day defects that they mentioned a few weeks ago. This is while Julian Assange negotiates with affected hardware and software vendors when to give them this code so they can fix these security weaknesses before Wikileaks publishes all of that. There is some pushback from the vendors who worry about the legal implications of using stolen classified material themselves and some unknown conditions insisted upon by Mr Assange.

Now WikiLeaks has published the second batch of Vaul 7 documents, which they call “Dark Matter.” These detail how the CIA has been hacking iPhones and Macs.

There is not much danger that hackers are going to be able to replicate what the CIA has done as they are using old fashioned spycraft. The CIA has managed to plug itself into the Apple supply chain to physically get their hands on these Apple devices and modify their firmware so that the CIA can use them to spy on their targets. This means they either have someone working with them in the chip manufacturing and distribution process or are attacking these devices in the mails as they are shipped to customers.

On the Mac, the attack is against EFI/UEFI. This is also called bios. This is the hardware part of the boot up process that loads before OS X loads. Even if a Mac user suspects that their device has been infected, if they wipe the device or upgrade the OS they cannot eliminate the firmware, because it is built into the CPU.  That is the same for the iPhone.

Unlike the first publication of CIA documents, this time we have complete instruction manuals for the Sonic Screwdriver, DerStarke, Triton, and DarkSeaSkies exploits published online, as web pages and PDFs.

Here we look at one of the CIA tools, Sonic Screwdriver.

This implant is added to an Apple Thunderbolt to Gigabit Ethernet Adapter that works with 10/100/1000BASE-T networks. This provides an RJ45 (LAN cable) plugin that would not fit on the ultra slim MacBook Pro, because it is too wide. It also lets a user connect to a gigabit (1,000 mbps) network, which is data center type speed that most people would not even need and which a regular ethernet adaptor would not support.

The infected adaptor lets a CIA spy plug that in then boot the Mac even when the Mac owner has put a password on the firmware. The user does not know the have been attacked because the adapter continues to work afterwards. It uses a commercial Broadcom flash utility to update the Mac, something the Broadcom people are not going to appreciate. 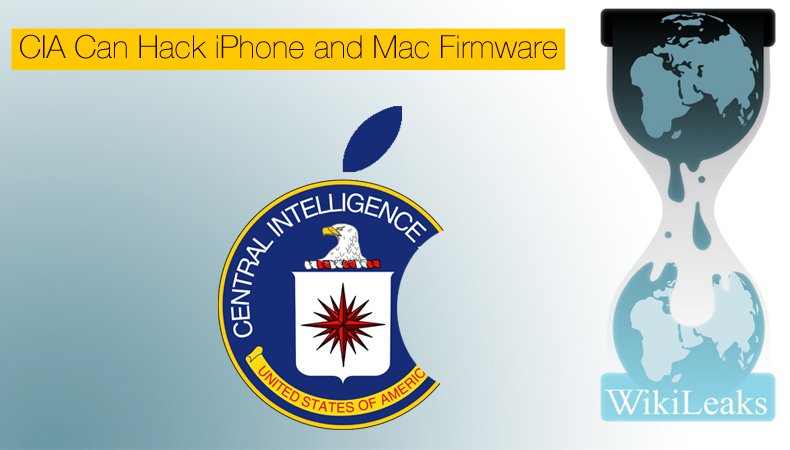 The adaptor flashes the firm (meaning replace it with new code) and disables the factory reset option (which would undo all of that). The device works with MacBooks built from 2011 to 2012. Given how expensive there are there are plenty of those still in use.

To load the firmware the user has to burn the UNCLASS_SonicScrewdriverInstall.iso to a CD. Then they connect both an external CD driver and the Thunderbolt. The spy types one command and wait 1 to 2 minutes.

Then the user can install the Der Starke tool to spy on the user. It is designed to bypass Little Snitch, which is the Mac OS X firewall and network monitor. Der Stark works with another CIA tool called Triton as well. Der Stark works on MacBooks built between 2010 and 2013 and Mac OS X 10.7 (Lion) and Mac OS x 10.7 (Mountain Lion), both of which are equally old.

What Triton and Der Stark do is make HTTP GET requests to download additional files from the CIA. It also installs an Apache web server, so that the CIA can communicate with it. It collects data from the Mac, compresses it, and uploads it back to the CIA command and control center. The user can configure how often the device is supposed to beacon (connect to) the CIA. After it cannot connect work 4 times, it will uninstall itself.

I had a company call me and tell me I had Zues and Marai adware on my computer, they wanted 500.00 for a 5 year plan to keep my computer clean and 1000.00 to keep it clean for a 20 years. I had not received any messages from anything. BUT I told them I would find a way to get them out of my computer and they laughed at me and said "what are you a technician" so if anyone can help me I would appreciate it. Thank you.