The battle between the Russian Government and Telegram, a popular instant messaging service, continues to be a long drawn out affair. Russia’s telecommunications watchdog Roskomnadzor seems to be determined to stamp out the offending app once and for all. At the center of the battle between the government and the company is due to Telegram declining  to provide customer encryption keys to Russian intelligence agency FSB so that investigators could decrypt encrypted conversations during investigations. The latest news coming out of Russia is that Roskomnadzor, blocked last week on May 3, 2018, access to over 50 VPN and proxy services. This according to Russian news agency TASS who initially published the story.

According to Russian authorities, the banning of approximately 50 VPN and proxy servers was done because users were utilizing these tools to skirt a nation-wide ban on Telegram. The nationwide ban occurred on April 13, when the Russian courts ruled in the Governments favor to ban the popular messaging service. The court hearing lasted a total of 18 minutes ensuring that justice was indeed swift in this case if you believe the action of banning Telegram is in the interests of justice. Prior to the court ruling which confirmed the government’s permission the company had been fined approximately 14,000 USD for failing to comply with a government order that required the company to provide access to encrypted conversations to Russian intelligence agency FSB. Since these events Telegram has lodged an appeal with the European Court of Human Rights (ECHR) against the 14,000 USD fine.

Since Russian courts ruled in favor of the banning, authorities have been quick to try and stop Telegram been used by users. Authorities initially banned Telegram's known IP addresses, but the service switched to new IPs. In order to stop this from happening Roskomnadzor then banned nearly 20 million IP addresses belonging to Amazon and Google Cloud, in an attempt to prevent Telegram from switching IPs and shift its infrastructure again. However, the banning of Amazon and Google Cloud IP addresses resulting in service blackouts affecting numerous companies and had to be reversed. As with similar cases to this around the world, the truth is not what it seems and many think both Google and Amazon caved to pressure from the telecommunications watchdog. Both Amazon and Google announced they would be cracking down on “Domain Fronting”. This is a technique websites' have been using to avoid government-based censorship. Telegram and many other encrypted IM clients were using to go around state-level censorship attempts. 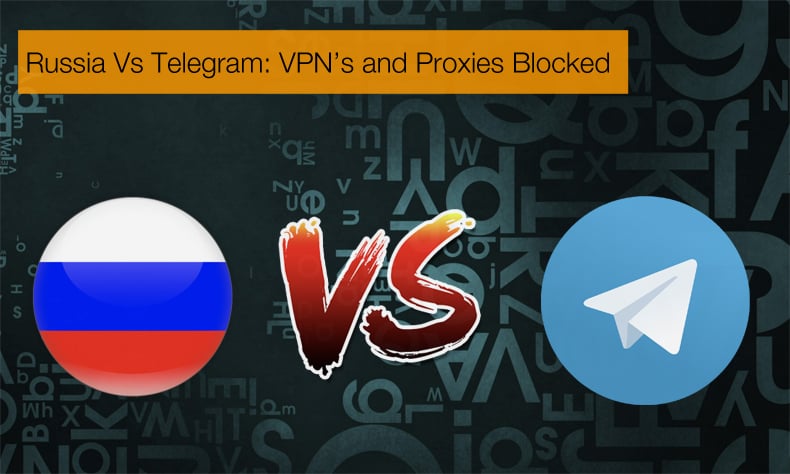 Telegram has said that it has over 200 million users with many of them in the lands of the former Soviet Union and the Middle East. As the company uses incredibly strong privacy protections it has become a favorite of terrorist organizations like ISIS. While for academics and journalists this gives them a chance to question the limits of rights to privacy, Governments are actively looking to ban the company and its services.  On April 30, Al Jazeera reported that Iran’s Culture and Media court ordered telecoms companies to block the app, which has about 40 million users in the country. This led Iran's President Hassan Rouhani to criticise the recent ban on the country's most popular messaging app, Telegram, saying the judiciary's decision is not supported by his administration. Rouhani clarified that the blocking of Telegram was not imposed by his government and that he did not approve of it. He further stated,

“If a decision has been made to restrict or block the communication of the people, the real owners of this country, which are the people, should be included in making such decisions,”

In this instance, the banning of the app may have more to do with a power struggle between conservatives and a president with a more liberal outlook. Iran's judiciary is controlled by conservatives and the chief of the judiciary is appointed by Supreme Leader Ayatollah Ali Khamenei. The move by the judiciary to block Telegram was not the first such attempt by Iran's conservatives to contain the influence of the application. In early 2017, a number of reformist Telegram channel administrators were arrested and later received prison sentences. In order to place more pressure upon the beleaguered company, Iran's supreme leader said in April that he would no longer use Telegram and would instead shift to a homegrown app, Soroush. The app boasts most of the features found in the now banned messaging platform but does not include the same privacy protections.

Both the Iran and Russian cases resulting in the blocking of Telegram bear many similarities to the Apple-FBI encryption case. The case arose because the FBI contacted Apple as it wanted the tech giant to provide assistance in hacking the iPhone of one December's San Bernardino mass shooters, Syed Rizwan Farook. Apple refused, citing user’s privacy as the reason not to hack the phone. Apple’s CEO stated that the company would not comply with any order made by the FBI and further stated that the case amounted to

“unprecedented step which threatens the security of our customers...which has implications far beyond the legal case at hand.”

Authorities have approached Apple previously with similar requests resulting in Apple unlocking phones for authorities on at least 70 occasions since 2008. In this instance, Apple fears working with the authorities may have set a dangerous precedent. Since the revelations of Edward Snowden companies have been far more loathe to help authorities that may be in breach of the user’s privacy rights and the company’s own set of terms and conditions they and their users agree to adhere to in principle.

For companies wishing to protect the privacy of their user’s, it can be assumed that they will have to weather mounting pressure to merely operate. TASS reports that the head of the Ministry of Communications, Nikolai Nikiforov, is now hinting at a similar ban on Viber, another Telegram-like instant messaging service, also very popular in Russia.