In a joint alert issued by the Cybersecurity and Infrastructure Security Agency (CISA) and the Federal Bureau of Investigation (FBI) the private and public spheres have been warned about increased instances of threat actors targeting satellite communications (SATCOM) companies. Along with the warning the alert has listed several mitigations that can be applied to help protect both the SATCOM provider and their customers. 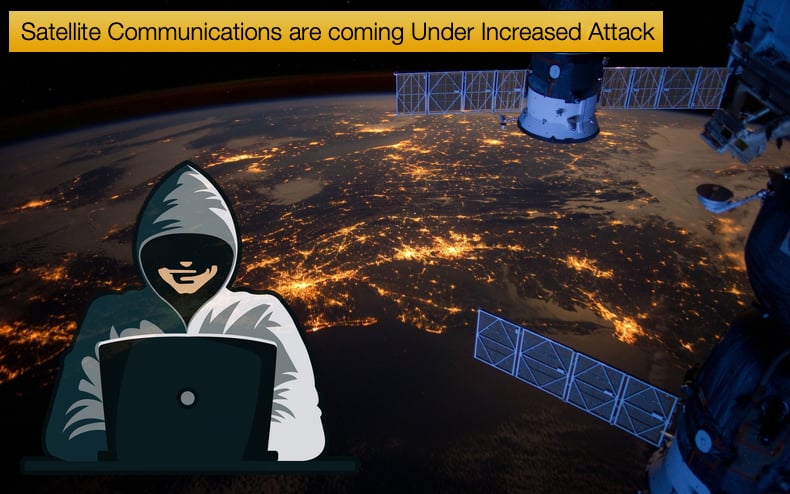 Put in place additional monitoring at ingress and egress points to SATCOM equipment to look for anomalous traffic, such as:

Both providers and customers can implement the following preventative mitigation strategies:

Monitor network logs for suspicious activity: to this extent, authorities advise the following:

Warning Not Without Incident

While the hacking of satellite communications may on the surface seem to be a great Bond movie plot, the warning is not without incident. On March 11, Reuters published an exclusive detailing how Western intelligence services were in the process of investigating a cyberattack by unidentified hackers that disrupted broadband satellite internet access in Ukraine coinciding with Russia's invasion.

Communications were severely hampered on February 24 just as Russian forces began targetting Ukrainian infrastructure with guided munitions and cruise missiles. Viasat who owns the affected network not only saw the impact on Ukrainian users but large swathes of other European territories.

Threat actors were capable of disabling modems that communicate with Viasat Inc's KA-SAT satellite, which supplies internet access to some customers in Europe, including Ukraine.

Two weeks after the attack, some modems remain offline. A Viasat official said a misconfiguration in the “management section” of the satellite network had allowed the hackers remote access into the modems, knocking them offline.

The official said most of the affected devices would need to be reprogrammed either by a technician on-site or at a repair depot and that some would have to be swapped out entirely.

It was not just the modems of users reliant on the service for the Internet and other communications that were affected by the attack. In a separate article Reuters noted that the remote control capabilities of nearly six thousand wind turbines were knocked offline. The wind turbines were mainly located in Central Europe.

At the beginning of February, the  US Office of the Director of National Intelligence (ODNI) published a report titled Annual Threat Assessment of the U.S. Intelligence Community, February 2022, which details the threats faced by the US either via other non-allied states or by organized crime.

“Russia is also using cyber operations to attack entities it sees as working to undermine its interests or threaten the stability of the Russian Government. Russia attempts to hack journalists and organizations worldwide that investigate Russian Government activity and in several instances, has leaked their information.”

While the intelligence agencies mentioned above are investigating possible Russian involvement, the country’s vast network of state-sponsored groups is more than capable of carrying out the attack.

The assessment by ODNI can now add another play to the Russian playbook of carrying out cyberattacks to aid in a ground offensive.