What is Best Antivirus infection? 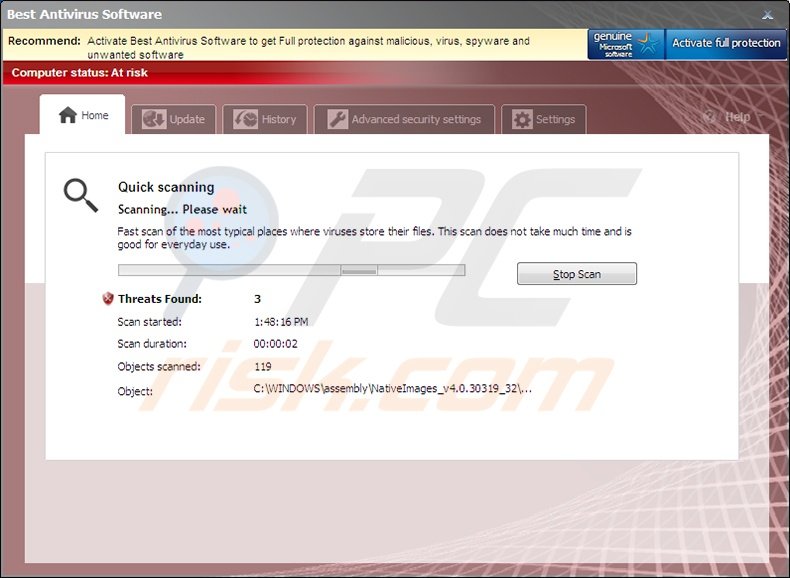 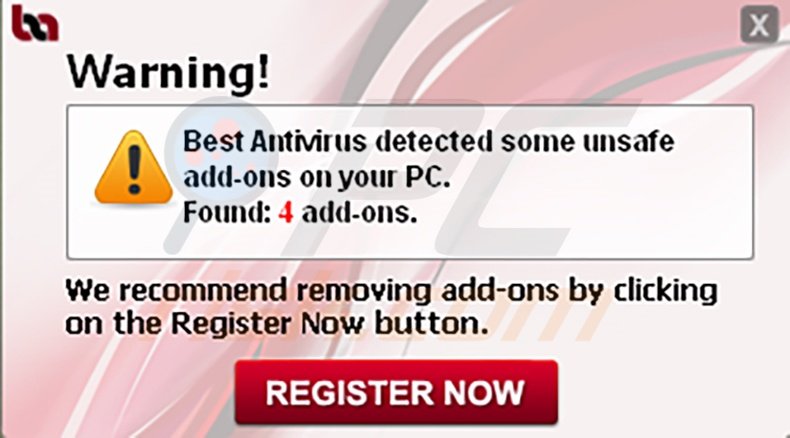 Right-click in the lower left corner of the screen, in the Quick Access Menu select Control Panel. In the opened window choose Programs and Features.

Click Finder, in the opened screen select Applications. Drag the app from the Applications folder to the Trash (located in your Dock), then right click the Trash icon and select Empty Trash.

After removing this fake computer scanner, download a legitimate anti-spyware program and scan your computer.

Computer users who are dealing with a rogue security software shouldn't buy it's full version. By paying for a license key of a fake antivirus program users would send their money and banking information to cyber criminals. Users who have already entered their credit card number (or other sensitive information) when asked by such bogus software should inform their credit card company that they have been tricked into buying a rogue security software. Screenshot of a web page used to lure computer users into paying for a non-existent full version of best antivirus rogue and other rogue antivirus programs:

To protect your computer from best antivirus rogue and other rogue antivirus programs users should:

If you are experiencing problems while trying to remove best antivirus rogue from your computer, please ask for assistance in our malware removal forum.

If you have additional information on best antivirus rogue or it's removal please share your knowledge in the comments section below.

A QR code (Quick Response Code) is a machine-readable code which stores URLs and other information. This code can be read using a camera on a smartphone or a tablet. Scan this QR code to have an easy access removal guide of Best Antivirus Rogue on your mobile device.
We Recommend: