What is AVASoft Antivirus Professional?

AVASoft Antivirus Professional is a rogue antivirus program, which imitates genuine antivirus software in an attempt to trick unsuspecting PC users into purchasing a useless license key. This bogus program mimics the scanning of users' computers for security threats and then generates a large list of supposedly 'detected' malware and viruses.

This deceptive behavior is implemented by cyber criminals in order to coerce PC users into purchasing the bogus license key. Note that none of the malware and viruses reported by AVASoft Antivirus Professional actually exist - the program has no virus definition database or any other features required of legitimate security software. 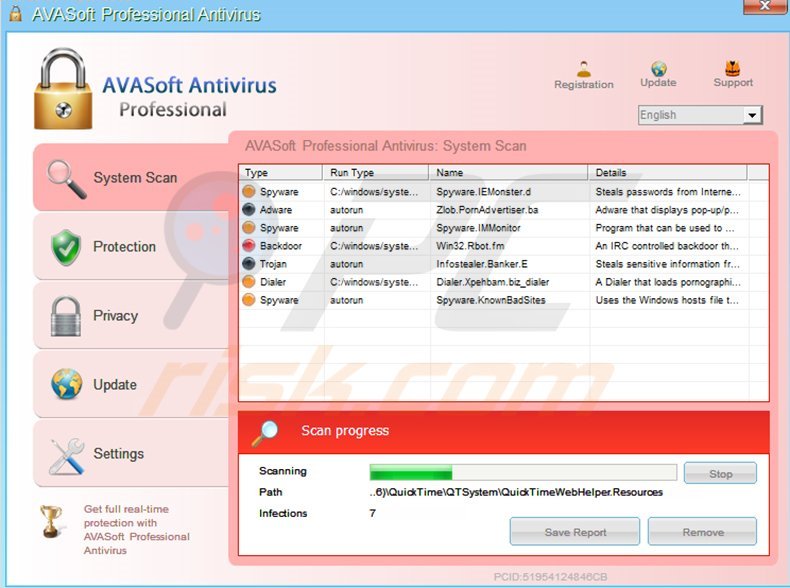 If you observe this program scanning your computer for security infections, your operating system is infected with fake antivirus software. Be aware also, of a more recent version of this rogue antivirus software called System Care Antivirus

The purpose of this deceptive program is to scare computer users into believing that their computers are infected with high risk malware, and then coercing them into purchasing a useless licence key (supposedly to fix the reported security-related issues). In fact, this software is a scam and PC users should not trust any information displayed by it.

If your computer is already infected with AVASoft Antivirus Professional, do not buy it - use the removal guide provided to eliminate this scam from your PC.

Security monitor: WARNING! - Attention! System detected a potential hazard (TrojanSPM/LX) on your computer that may infect executable files. Your private information and PC safety is at risk. To get rid of unwanted spyware and keep your computer safe you need to update your current security software. Click Yes to download official intrusion direction system (IDS software).

AVASoft Professional Antivirus warning - Some critical files of your computer were modified by malicious program. It may cause system instability and data loss. Click here to block unauthorised modification by removing threats (Recommended) 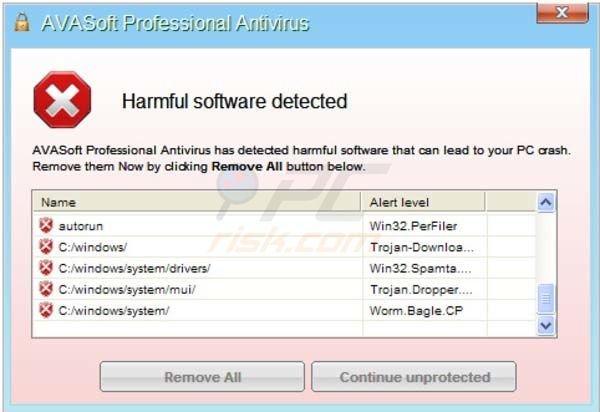 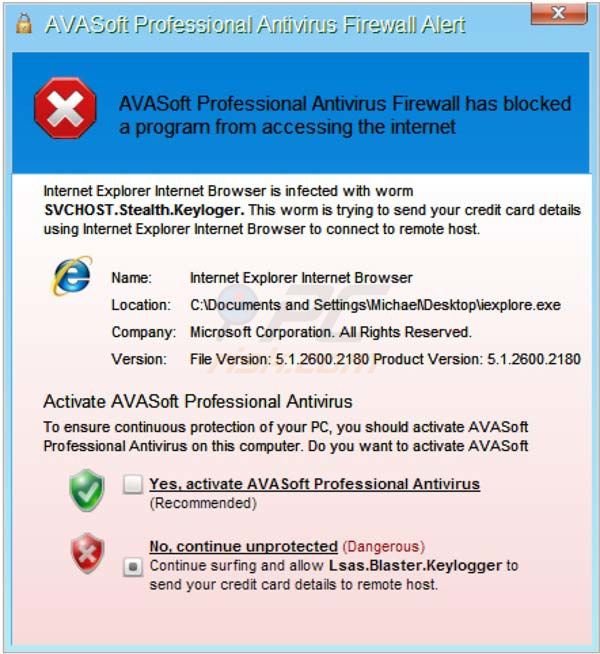 If your Internet browsers are blocked by the "Warning! The site you are trying to visit may harm your computer! Your security setting level puts your computer at risk!" message, please click on "Ignore warnings and visit that site in the current state (not recommended)" and continue with the download process.

If you cannot run the remover, try to downloading an alternate installer (this is renamed to iexplore.exe, since most fake antivirus programs do not block execution of files with this name).

In Windows XP, When the Run dialogue window appears, enter this text: www.pcrisk.com/download-spyware-remover and then press ENTER.

In Windows 7 and Windows Vista, type this line directly into the search field and then press ENTER.

If you are unable to download the recommended malware removal software, then before downloading, enter a retrieved license key in registration window of AVASoft Antivirus Professional. Click the "registration" button at the top of the main window of this fake antivirus software and enter this key:

Note that entering the registration key will not remove the infection, but will make the removal process less complicated - AVASoft Antivirus Professional will cease generating fake security warning messages and allow execution of installed software.

2. AVASoft Antivirus Professional modifies the system Hosts file. The Hosts file is used to resolve canonical names of websites to IP addresses. When it is changed, the user may be redirected to malicious sites, despite seeing legitimate URLs in address bar.

3. Download and install recommended malware removal software to completely remove the fake antivirus from your PC.

1. Wait until AVASoft Antivirus Professional rogue antivirus completes the fake security scan and click on the "Registration" button located at the top right corner of the main window.

2. In the opened window, enter this retrieved registry key: AA39754E-715219CE This will trick AVASoft Antivirus Professional into behaving as though you have paid for the full version. This step makes the removal process of this rogue antivirus program less complicated.

After entering this registry key, AVASoft Antivirus Professional allows execution of installed software (including Internet browsers) and you will be able to download anti-spyware software without various interruptions. 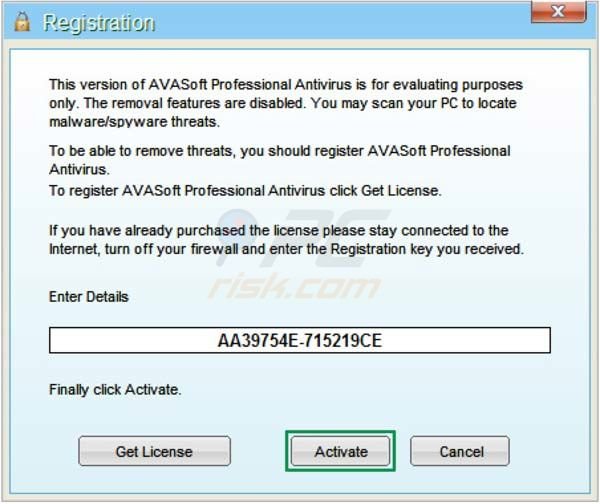 3. After entering this licence key, AVASoft Antivirus Professional generates a number of messages thanking you for registration. It then imitates the removal process of previously 'detected' malware and virus infections. Note that after you enter the correct registration key, AVASoft Antivirus Professional changes its user interface color from red to white. 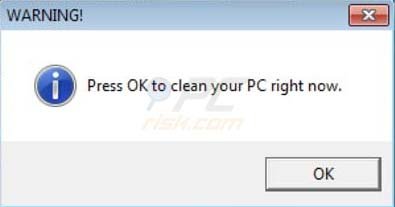 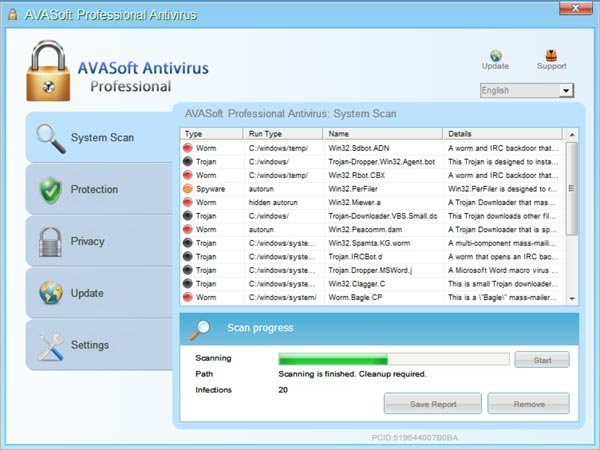 4. Note that entering this registration key does not remove AVASoft Antivirus Professional from your computer - it merely makes the removal process less complicated. To completely remove this rogue antivirus software from your computer, download and install recommended anti-spyware software.

"AVASoft" by the tech-ava-soft.org (note: visiting this site is not recommended) company, the supposed developer of AVASoft Professional Antivirus, purports to be a legitimate company and presents website visitors with a different software package called 'Antivirus Security 2013'.

This program does not mimic detection of malware or viruses or generate fake security warning messages, and although this program might seem credible, it was created with the sole purpose of tricking credit card companies. In this way, AVASoft is able to open credit card accounts and manage transactions. 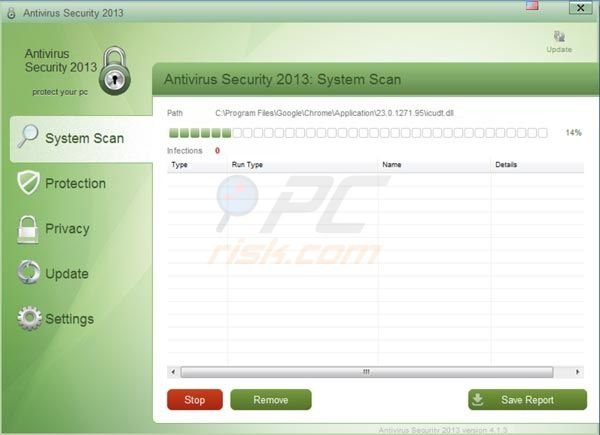 Computer users who are dealing with a rogue security software shouldn't buy it's full version. By paying for a license key of a fake antivirus program users would send their money and banking information to cyber criminals. Users who have already entered their credit card number (or other sensitive information) when asked by such bogus software should inform their credit card company that they have been tricked into buying a rogue security software. Screenshot of a web page used to lure computer users into paying for a non-existent full version of avasoft antivirus rogue and other rogue antivirus programs:

To protect your computer from avasoft antivirus rogue and other rogue antivirus programs users should:

If you have additional information on avasoft antivirus rogue or it's removal please share your knowledge in the comments section below.

Scan this QR code to have an easy access removal guide of AVASoft Antivirus Rogue on your mobile device.
We Recommend: