What is Protection Booster?

Windows Protection Booster is a fake antivirus program, which imitates the detection of high-risk security threats in order to scare unsuspecting PC users into purchasing a 'full version' to supposedly eliminate them. Computer users should be aware that this program should not be trusted - it is a scam created by cyber criminals who make money from PC users who fall for the fake security warning messages and purchase license keys for this rogue antivirus program. This bogus software infiltrates operating systems using hacked websites, which display a fake Microsoft Security Essentials alert message with the purpose to trick Internet users into downloading and installing Windows Protection Booster on their computers. 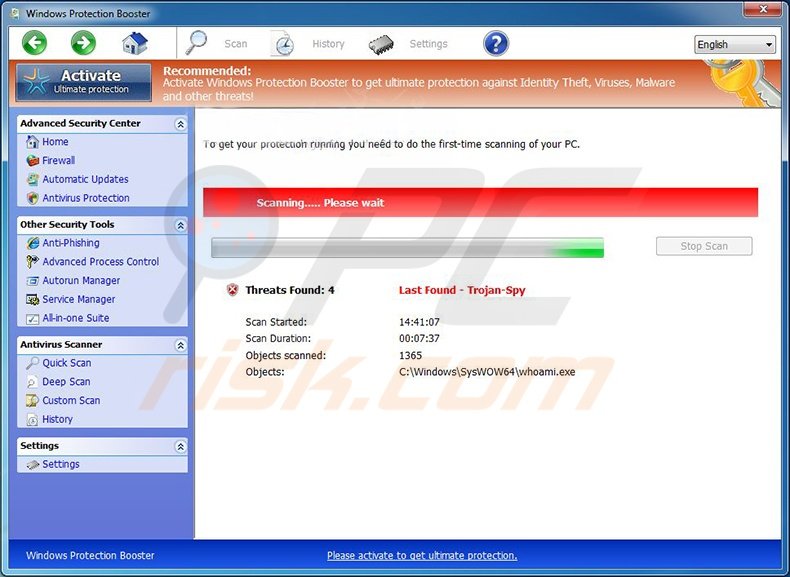 After successful infiltration, this rogue antivirus program modifies the registry entries of an affected operating system by disabling execution of installed software, blocking the Task Manager, and configuring itself to start automatically on each system Startup. The aim of Windows Protection Booster is to make your operating system unusable and encourage you to purchase 'ultimate protection' (the 'full version'). Note that paying for this program is equivalent to sending your money and credit card information to cyber criminals. Do not buy this program - it is a scam.

Windows Protection Booster originates from a family of rogue antivirus programs called FakeVimes. Previous variants were named Windows Antivirus Booster and Windows Antivirus Helper. Cyber criminals responsible for developing these bogus programs maintain identical user interfaces and functionality and merely change the name of each variant. To avoid computer infection with these fake antivirus programs, keep your operating system and installed software up-to-date, and use legitimate antivirus and anti-spyware programs. Moreover, Internet users should be aware that online security warning messages reporting security infections and offering download of antivirus programs to clean them, are not legitimate. These malicious pop-ups are used by cyber criminals to distribute fake antivirus programs - do not trust these online messages. PC users who observe Windows Protection Booster scanning their operating systems for security infections should use this removal guide to eliminate this scam from their computers. 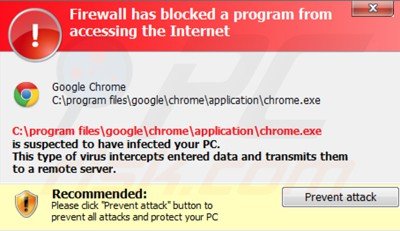 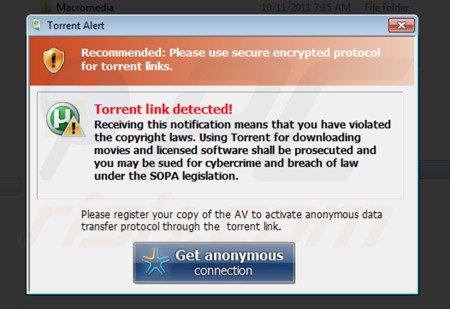 Screenshot of Windows Protection Booster demanding a payment of $99.9 for the 'full version': 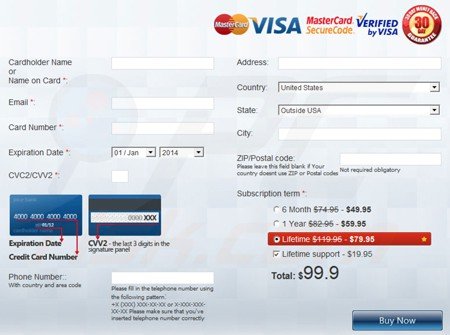 How does Windows Protection Booster infect the user's computer?

This fake antivirus program infiltrates operating systems using fake online security warning messages. When landing on a malicious or hacked website, users are presented with a fake Microsoft Antivirus message: "Message from webpage - Microsoft Antivirus has found critical process activity on your PC. You need to clean your computer to prevent the system breakage". 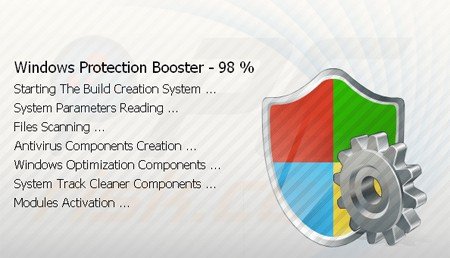 PC users who observe Windows Protection Booster scanning their computers for security infections should use this removal guide to eliminate this fake antivirus program from their computers.

Instant automatic malware removal: Manual threat removal might be a lengthy and complicated process that requires advanced computer skills. Spyhunter is a professional automatic malware removal tool that is recommended to get rid of malware. Download it by clicking the button below:
▼ DOWNLOAD Spyhunter By downloading any software listed on this website you agree to our Privacy Policy and Terms of Use. Free scanner checks if your computer is infected. To remove malware, you have to purchase the full version of Spyhunter.

1. Wait until Windows Protection Booster completes the fake security scan and click "Settings" (at the top of the main window). 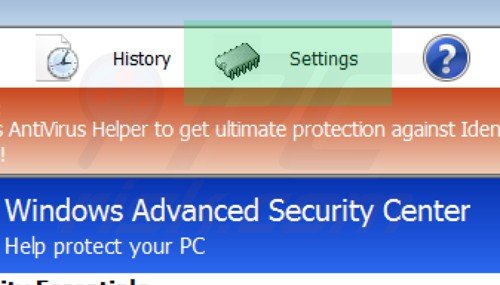 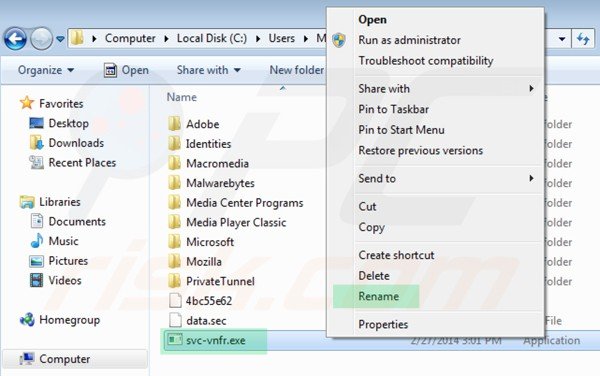 8. After renaming the "svc-[random letters].exe" file, restart your computer. Next time the operating system boots, Windows Protection Booster will be inactive and will not block access to the Internet.

1. Click the question mark icon (at the top of the main window of Windows Protection Booster) and select "Register". 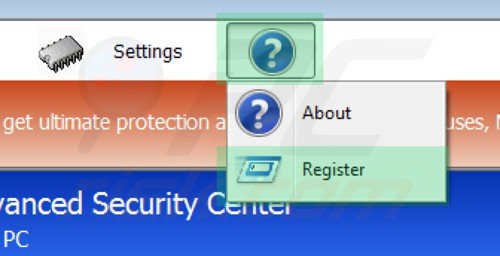 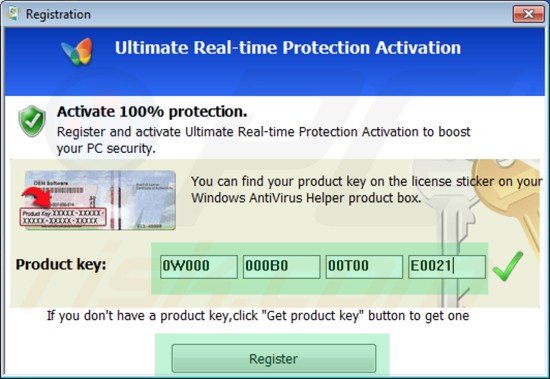 After removing this rogue software, reset the Hosts file. Do not skip this step since Windows Protection Booster modifies your Hosts file and you will encounter browser redirect problems if malicious entries are not eliminated.

Computer users who are dealing with a rogue security software shouldn't buy it's full version. By paying for a license key of a fake antivirus program users would send their money and banking information to cyber criminals. Users who have already entered their credit card number (or other sensitive information) when asked by such bogus software should inform their credit card company that they have been tricked into buying a rogue security software. Screenshot of a web page used to lure computer users into paying for a non-existent full version of windows protection booster scam and other rogue antivirus programs:

To protect your computer from windows protection booster scam and other rogue antivirus programs users should:

If you are experiencing problems while trying to remove windows protection booster scam from your computer, please ask for assistance in our malware removal forum.

If you have additional information on windows protection booster scam or it's removal please share your knowledge in the comments section below.

A QR code (Quick Response Code) is a machine-readable code which stores URLs and other information. This code can be read using a camera on a smartphone or a tablet. Scan this QR code to have an easy access removal guide of Windows Protection Booster Scam on your mobile device.
We Recommend: