What is Cougar Systems Support?

Cougar Systems Support Center is a malicious website used by Cyber criminals. It is a fake support website to which computer users are redirected if their computers become infected with fake antivirus programs from the WinWebSec family. When creating rogue security programs, cyber criminals attempt to make them appear legitimate by employing devious methods.

In this case, they do so by operating under the guise of a 'support website'. In fact, Cougar Systems Support Center is a non existent company with no support services. Furthermore, if you have been redirected to this website, your PC has acquired a fake antivirus software infection.

The information provided within the cougarsupport.net website is designed to trick unsuspecting PC users into believing that they are dealing with a genuine security program.

The most common and widely-spread fake antivirus programs from the WinWebSec family include Live Security Platinum, System Progressive Protection, Win 8 Security System and Security Shield 2012. If you see any of these programs scanning your computer for security infections, do not trust them, it is a scam. Do not purchase their licence keys - you will lose your money and your PC will remain infected.

Do not trust these websites; it is a scam designed to 'support' rogue antivirus programs. If you have been redirected to these websites, scan your PC immediately with legitimate antivirus and antispyware programs. A redirect such as this clearly indicates that your system is infected with bogus security software.

To eliminate redirects to cougarsupport.net and its sub-domains, follow these removal instructions. Choose the removal guide according to the fake antivirus program that has infected your machine. 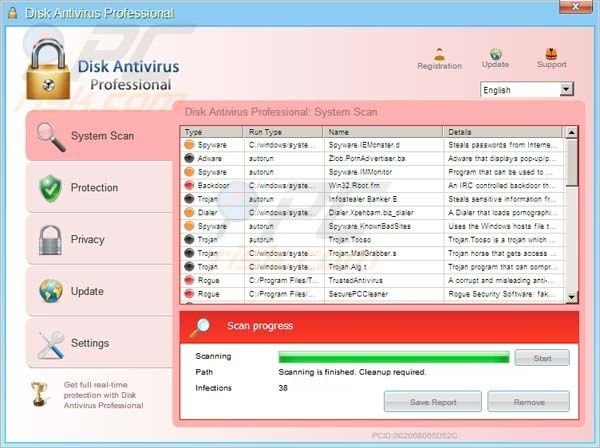 If your PC is infected with this scam, follow this removal guide of Disk Antivirus Professional. 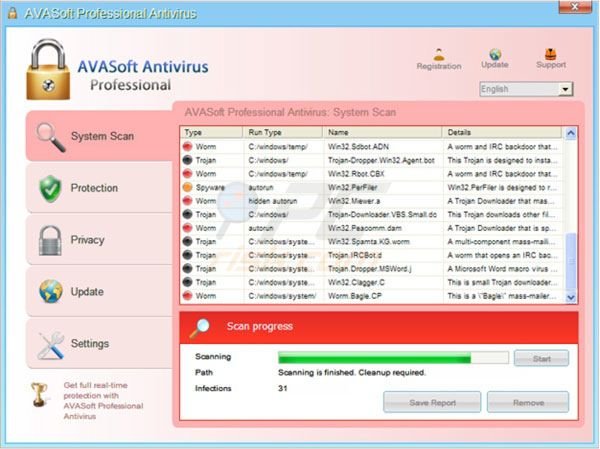 If your computer is infected with this fake antivirus program, follow these removal instructions to remove AVASoft Antivirus Professional. 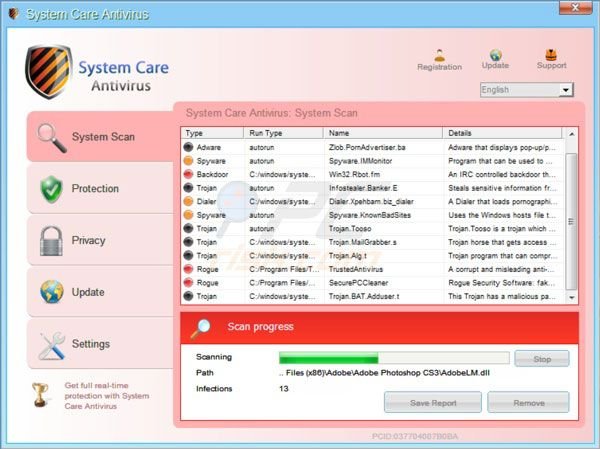 If your computer is infected with this fake antivirus program, follow these removal instructions to remove System Care Antivirus.

If your computer has been infected with some other fake antivirus program not listed here, try using the search bar on our website.

Computer users who are dealing with a rogue security software shouldn't buy it's full version. By paying for a license key of a fake antivirus program users would send their money and banking information to cyber criminals. Users who have already entered their credit card number (or other sensitive information) when asked by such bogus software should inform their credit card company that they have been tricked into buying a rogue security software. Screenshot of a web page used to lure computer users into paying for a non-existent full version of cougarsupport.net virus and other rogue antivirus programs:

To protect your computer from cougarsupport.net virus and other rogue antivirus programs users should:

If you have additional information on cougarsupport.net virus or it's removal please share your knowledge in the comments section below.

Scan this QR code to have an easy access removal guide of Cougarsupport.net Virus on your mobile device.
We Recommend: