What is Proven Antivirus Protectiont?

This rogue antivirus program is an imitation of legitimate antivirus software - it performs fake computer security scans and reports non-existent security infections to scare PC users into believing that their operating systems are infected with high-risk malware and viruses. 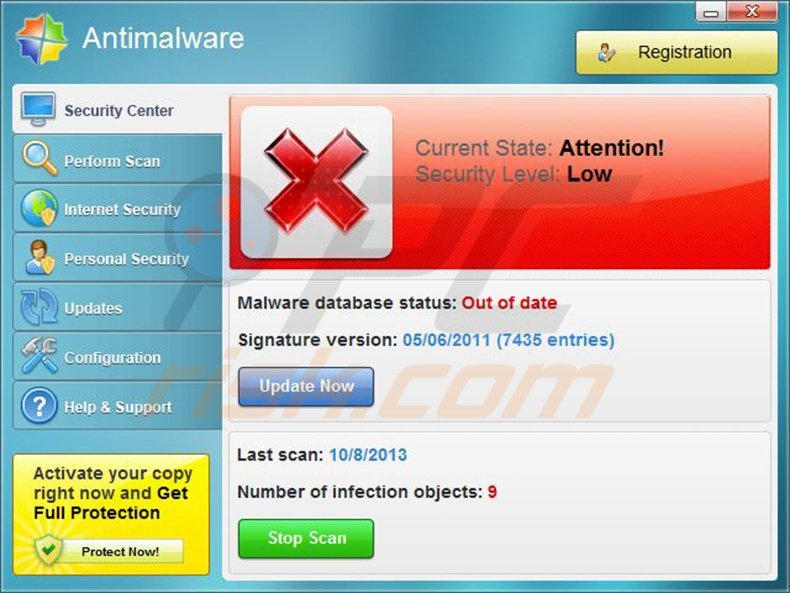 In order to remove the supposedly-detected security threats, Antimalware "Proven Antivirus Protection" demands purchase of the 'full version'. PC users should not buy this program, it is a scam. Purchasing it is equivalent to sending your money to cyber criminals, and furthermore, you will divulge your credit card information - this could lead to further thefts from your account.

A previous variant of the Antimalware "Proven Antivirus Protection" rogue antivirus program was named Antivirus Security Pro. Cyber criminals responsible for creating these rogue programs hope that PC users will believe that their computers are infected with high-risk malware, and then purchase the rogue programs in order to remove the supposedly-detected security threats.

In fact, none of security infections reported by these programs actually exist on users' systems. The fake security threats detection and false security warning messages are used to trick PC users into buying a useless program. 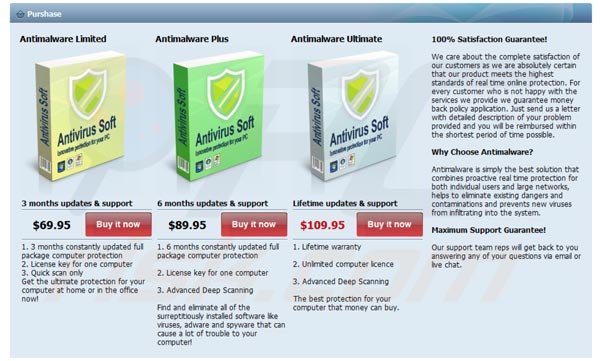 Do not buy this program - it is a scam. The best way to protect your computer from such fake antivirus programs is by using legitimate antivirus and anti-spyware programs. Commonly, rogue antivirus programs are distributed using exploit kits, since they rely on outdated software to infiltrate users' systems.

PC users should keep all installed programs up-to-date, as this drastically reduces the risk of operating system infection by rogue antivirus programs. 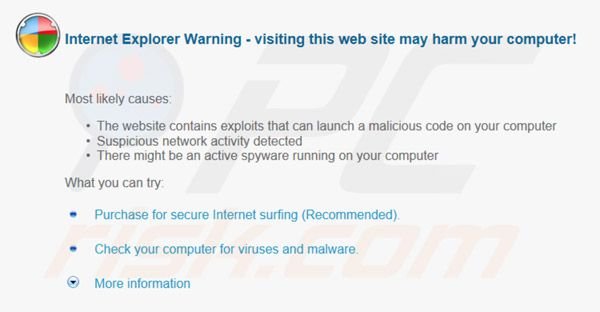 Windows Security Alert - Windows reports that computer is infected. Antivirus software helps to protect your computer against viruses and other security threats. Click here for the scan your computer. Your system might be at risk now.

Antimalware alert - Infiltration Alert, your computer is being attacked by an Internet virus. It could be a password-stealing attack, a trojan-dropper or similar.

Spyware alert - There are serious threats detected on your computer. Your privacy and personal data may not be safe. Do you want to clean and protect your PC?

Internet Explorer Warning - visiting this web site may harm your computer! Most likely causes: the website contains exploits that can launch a malicious code on your computer, suspicious network activity detected, there might be an active spyware running on your computer. What you can try: purchase for secure Internet surfing, check your computer for viruses and malware, more information.

Download recommended malware removal software and run a full system scan. If your operating system has only one user account, activate Guest user and run a scan from it. 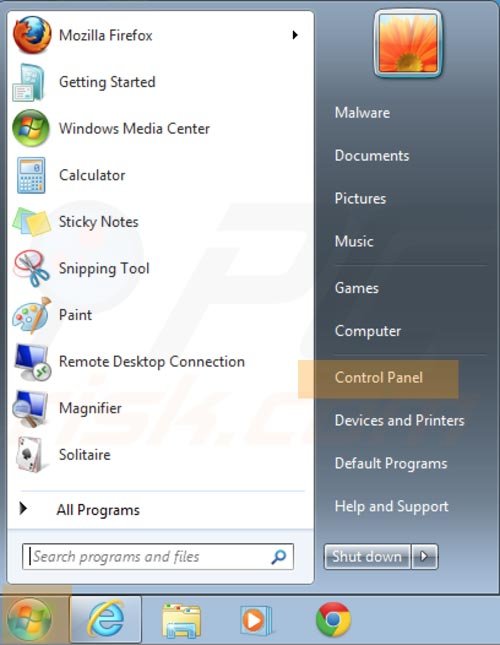 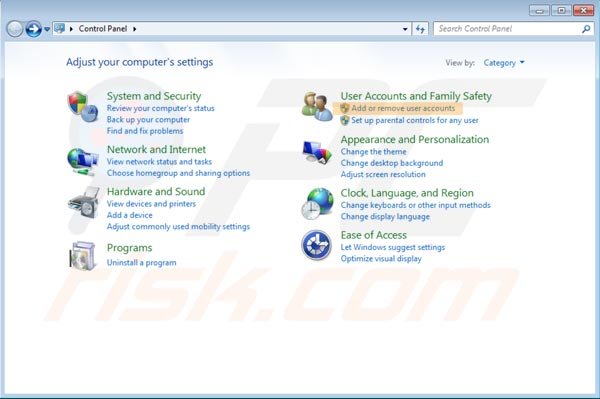 In the opened window, select "Guest" and click the "Turn On" button: 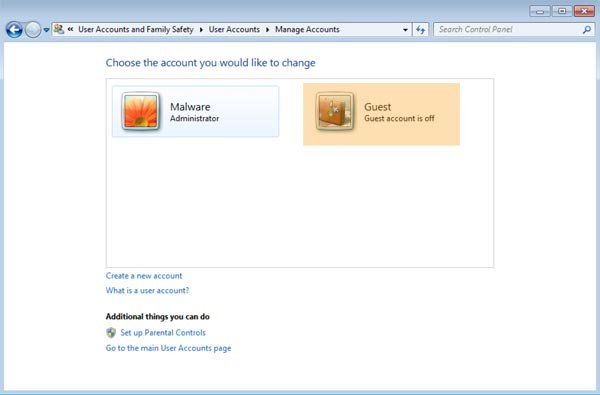 Restart your computer and log-in to the newly-activated "Guest account":

If you do not wish to see the user account selection screen each time you boot your operating system, deactivate the "Guest" user by navigating to Control Panel, clicking on "Add or remove user accounts", and selecting "Guest account". In the opened window click on "Turn off the guest account".

In the opened window click "Guest" and select "Turn On the Guest Account". Restart your computer and login to the newly-created Guest account. Download recommended malware removal software to remove Antimalware "Proven Antivirus Protection" from your computer.

Windows 8 users can use this tutorial describing how to create and remove user accounts.

If you cannot run the remover, try to downloading an alternate installer (it is renamed to iexplore.exe, since most fake antivirus programs do not block execution of files with this name).

Computer users who are dealing with a rogue security software shouldn't buy it's full version. By paying for a license key of a fake antivirus program users would send their money and banking information to cyber criminals. Users who have already entered their credit card number (or other sensitive information) when asked by such bogus software should inform their credit card company that they have been tricked into buying a rogue security software. Screenshot of a web page used to lure computer users into paying for a non-existent full version of antimalware rogue and other rogue antivirus programs:

To protect your computer from antimalware rogue and other rogue antivirus programs users should:

If you have additional information on antimalware rogue or it's removal please share your knowledge in the comments section below.

Scan this QR code to have an easy access removal guide of Antimalware Rogue on your mobile device.
We Recommend: